News on my three favourite characters in fiction came out yesterday.

Michael Connelly revealed that his next book will see his new heroine Renée Ballard team up with his most famous hero Harry Bosch. I guarantee fans of Connelly are trying to find ways to shorten the months so October gets here quicker. News broke of the book’s title Dark Sacred Night and a brief synopsis on his website:

On the same day, Lee Child revealed the title of the 23rd Jack Reacher novel via his Facebook feed. The novel, out in November, will be called Past Tense and will set Reacher searching the past and his father. 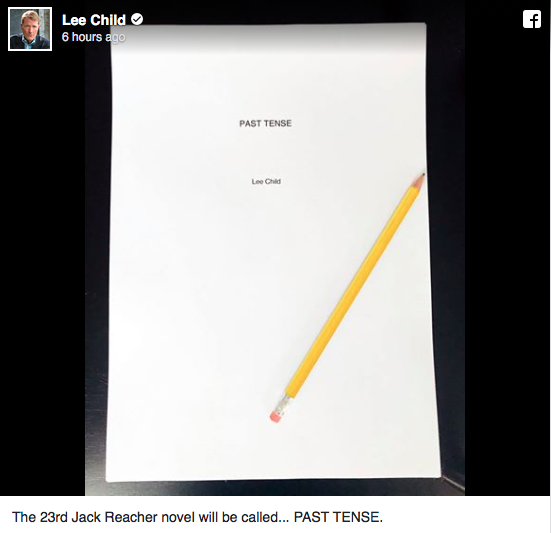 I don’t think the year is going to fictionally get better than this.